Hey gamers! This is the first entry in a series of little development logs that I'll be writing in order to give you a sneak peak at the things I'm working on for the final Vacant Kingdom game. I'm going to try to turn this into a weekly thing, but no promises!!

The theme of development for this week was definitely "Combat Enhancements". 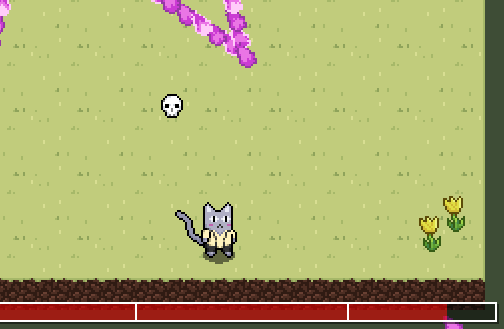 First up are some changes to the boss HP bar. I tweaked it to show how much damage was done in the last 1.0 seconds and added a time tracker for each boss phase. The first change should help give better feedback for the DPS difference between safe/risky positioning. I hope the time tracker will give players a better sense of improvement as they work their way through multiple boss attempts. 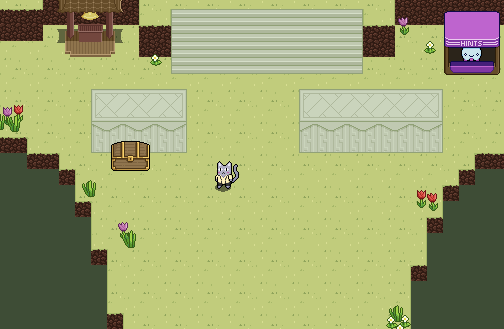 The other big thing I worked on was a sub-weapons system. As the name "sub-weapon" probably implies, most of these items will be offensive in nature. However, I do have some ideas for some more utility and defensive items. I hope to share some of those in the future as they're added.

The first one I've added is the Coconut Lantern. It's a close range blast of sorts; Its damage really drops off with distance, so you'll want to run in close for a quick hit whenever it's up.  It has a short cast animation that can be cancelled by dashing; This started out as an oversight, but I turned it into a feature. (The damage and cooldown here isn't final, I still need to experiment with different values and figure out what feels right.) 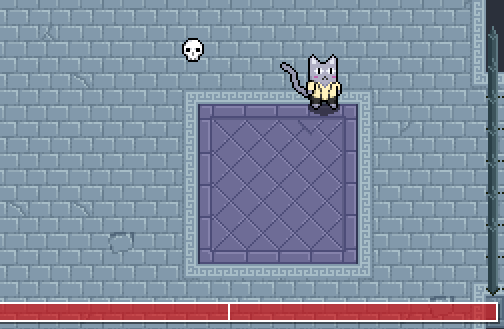 In case anyone is wondering, unfortunately these changes will not be coming to the demo, Prologue For A Vacant Kingdom. I'll be saving them for the final game. Sorry about that, but I'm just one person and it really isn't realistic for me to backport and test these kinds of changes to the Prologue.

Anyways, that's it for the update for now!

PS: I released a small fix patch for Prologue For A Vacant Kingdom today. Here are the notes for that!

A hybrid of bullet hell and action-RPG.